After seven years of competitions the 8th WLE edition was different: due to the world health situation, it has been focused on online activities, encouraging participants to dig into photo archives and keeping safety. It lasted for one more month, between May 1 — July 31. Despite all challenges, we have got the 3rd biggest number of submissions in WLE history and the 3rd biggest number of countries participating in WLE since the start of the international contest.

This year, 34 countries all over the world organized Wiki Loves Earth photo contest. Among those, 7 countries have joined the competition for the first time: Belarus, Bolivia, Ireland, Guinea, Kenya, Rwanda, Turkey. As a result, we have received 106 240 submissions from 9095 uploaders.

The international jury team worked hard on selecting 15 international winners out of 340 winning photos on the local level. We are excited about the results, check them out!

The winning picture attracts attention to its colours, movement and details, isn’t it? It depicts chestnut-tailed starling representatives in Satchari National Park, Bangladesh. The author says: “Two of them were ready to fight while the third one was looking at them with surprise”. Great catch! 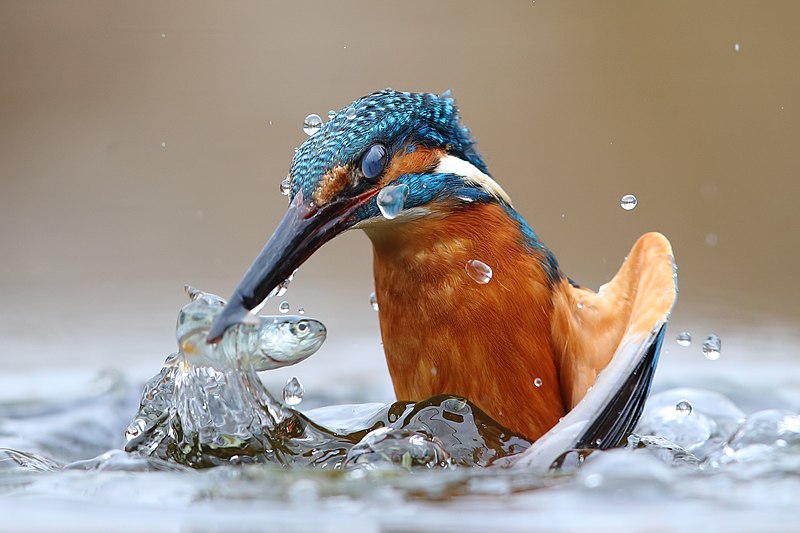 This photo brings us to the Po river belt in Italy. “Always good to see both a species and how it lives”, – says our international jury member. Now we know how a Common kingfisher is hunting in the waters!

Ratargul Swamp Forest is the only swamp forest located in Bangladesh and one of the few freshwater swamp forests in the world. Jury members highlighted impressive sunlight and reflection in this picture which perfectly showed us the atmosphere of this place. 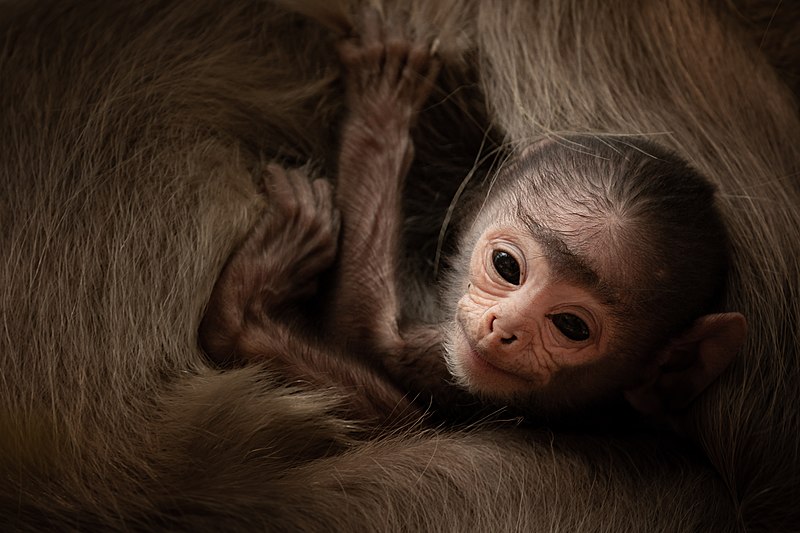 “Babies always give hope”, – says our jury member about this photo and we can’t agree more. The picture depicts a baby of tufted gray langur nestled under its mother’s care at Yala National Park, Sri Lanka. It is the largest native primate in Sri Lanka based on average sizes. 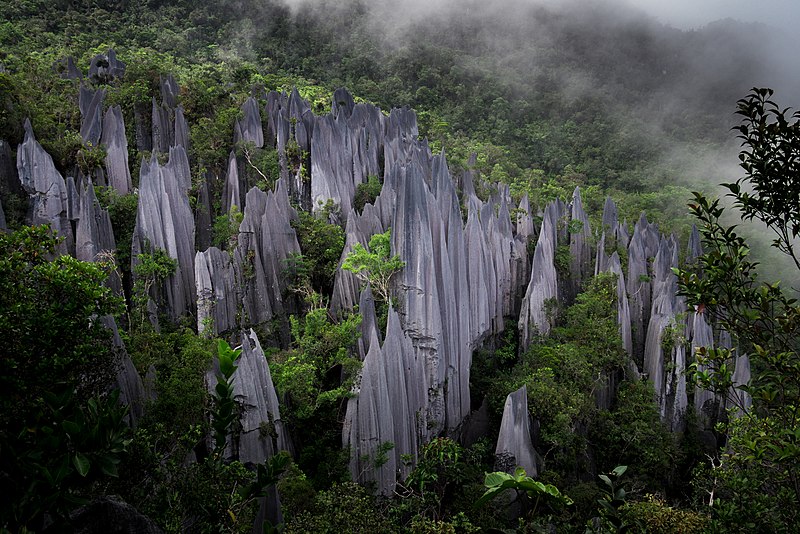 The karst formation known as the Pinnacles is located near the top of Mount Api, Gunung Mulu National Park. It is a UNESCO World Heritage Site in Malaysian Borneo known for its dramatic peaks and caves. It is the most studied tropical karst area in the world having 295 km of explored caves that houses millions of bats and swiftlets.

That is how the red-tailed Bamboo Pit Viper in attack mode looks! The jury member noticed that it’s a very sensitive moment, the photographer put efforts waiting for the right moment. It depicts Sundarbans East Wildlife Sanctuary in Bangladesh.

The author caught a beautiful moment in Taal Volcano Natural Park, Philippines. He went there 2 days after the volcano eruption to document the situation of the locals who live near: “It shows that a lot of people’s livelihood depends on resources and tourism brought by Taal Volcano and its surrounding lake. No matter how dangerous a volcano is, it has done wonderful things for the Earth like atmospheric cooling and fertilizing lands, therefore it should be protected because a lot of lives depends on it”. 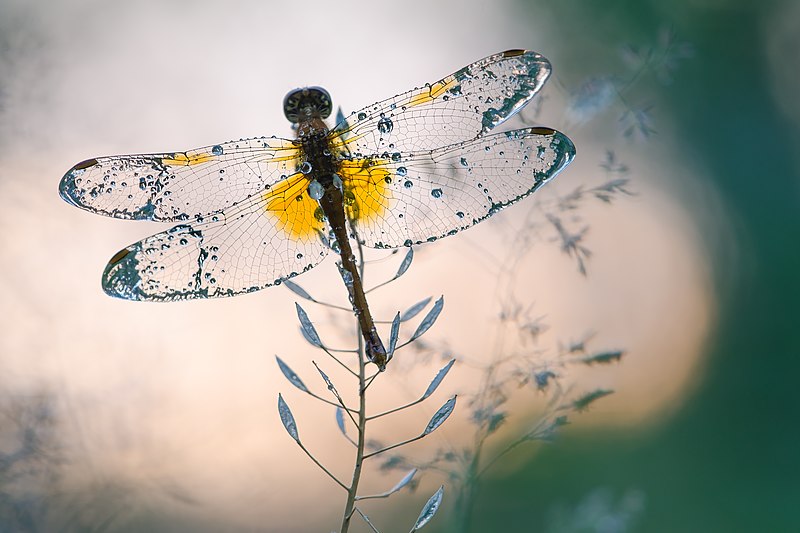 The juries highlighted how beautiful colours are in this photo of Sympetrum flaveolum in Pushcha-Vodytsia Park, Kyiv, Ukraine. This picture is already illustrating the Wikipedia article about a species. It’s among WLE goals: creating the biggest database of photos of nature heritage and illustrating articles and lists!

“Love the fox, curled up, warm and alert at its vantage point. He is the focus of the image. But oh, what a splendid background”, — says our jury. Indeed, this Red fox chose an epic place to rest — near Vilyuchik Volcano, South Kamchatka Nature Park. It is a stratovolcano in the southern part of Kamchatka Peninsula, Russia. 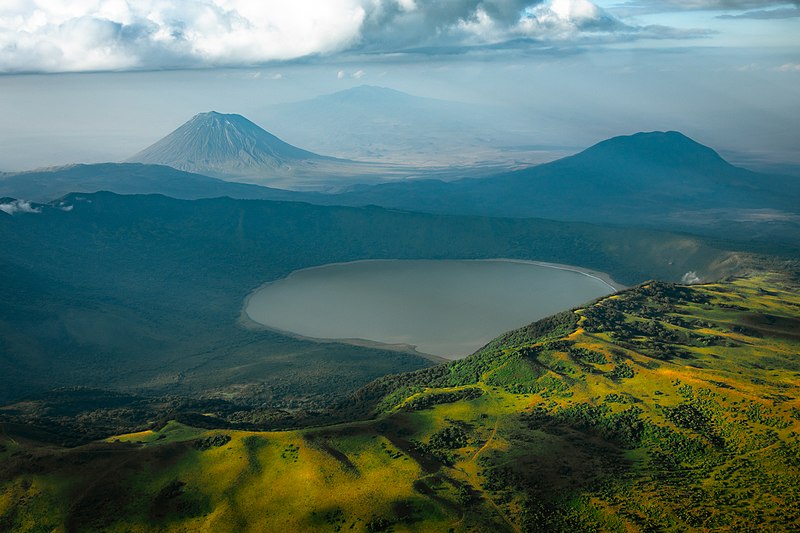 Ol Doinyo Lengai, “Mountain of God” in the Maasai language, is an active volcano located in the Gregory Rift, south of Lake Natron within the Arusha Region of Tanzania, Africa. It is the only active volcano that erupts natrocarbonatite lava. The photo shows us a stunning view of the volcano and a lake nearby. 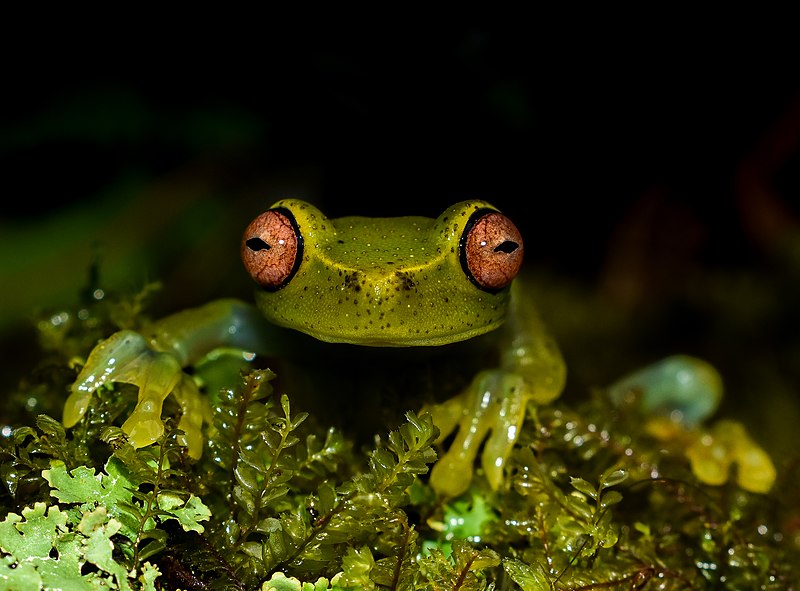 Caparao National Park was created in 1961 to protect the Caparaó Mountains, located on the border between Minas Gerais and Espírito Santo states in Brazil. This photo shows us amazing details of a species Aplastodiscus arildae living there.

Common Kingfisher (Alcedo atthis) with caught fish for feeding the children was captured. The juries noticed a good composition and angle of this picture. Geo-Naturpark Bergstraße-Odenwald, Germany, has many species living in an area of 3,500 km² that lies between the rivers Rhine, Main and Neckar.

This photo depicts Bromo mountain in Bromo-Tengger-Semeru National Park, Indonesia. Looks mysterious, right? The author says: “When the sunset comes from the corner of Gili Lawa stunning horizon, it’s like the world is blessed all over again”.

Meet one more Kingfisher in our top! The author perfectly captured the moment at the National Botanical Garden in Bangladesh. The picture gives us detailed information about the bird, its size and colours.

Find out more about the evaluation in the jury report in low and high resolution.

Do you have any questions about Wiki Loves Earth? Maybe you want to organize WLE in your country next year?

Contact us at wle-team@wikimedia.org.ua and we will tell you everything you want to know!